Ubuntu Tweak, a popular tweak tool, was updated yesterday to version 0.8.2, which brings full support for Ubuntu 12.10, so the features that weren’t working in the previous version, like changing the window titlebar theme, broken quicklist editor or the option to change the window button order, should all work now.
Besides getting the already existing features to work with Ubuntu 12.10, the latest Ubuntu tweak also adds support for some new features in the latest Ubuntu, like an option to turn off the Web Apps integration.

The new version brings an improved Apps section as well, in which a green icon is displayed for installed applications, a feature which many of you have requested back when the “Apps” feature was introduced.
And finally, Ubuntu Tweak 0.8.2 comes with a feature that was released by mistake in 0.8.1 (without it being 100% ready): Love Wallpaper HD, located under Tweaks > Desktop, which allows you to get beautiful, fresh wallpapers with a double click.

If you want to save the wallpaper downloaded through Ubuntu Tweak, you’ll find it ~/.config/ubuntu-tweak/lovewallpaper.jpg (this file gets overwritten each time you set a new wallpaper through this Ubuntu Tweak option).

Ubuntu Tweak debs can also be downloaded via Launchpad.

END_OF_DOCUMENT_TOKEN_TO_BE_REPLACED

Elegance Colors, a chameleonic, highly customizable GNOME Shell theme, has been updated today, the new version bringing an option to export a customized theme for later use.
The latest Elegance Colors 0.3 works with GNOME Shell 3.6 and the best thing about it is that the theme changes its colors according to the current GTK theme, wallpaper or an user-defined color. The theme also comes with a configuration tool which can be used to customize it: use light or dak menus, change the panel or menu opacity, font size and other options.

Here are a few examples of customizations supported by Elegance Colors:
END_OF_DOCUMENT_TOKEN_TO_BE_REPLACED

END_OF_DOCUMENT_TOKEN_TO_BE_REPLACED 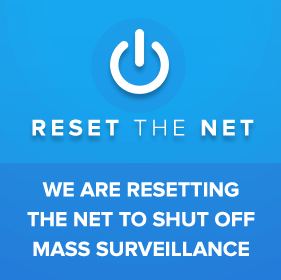